'thank u, next' album by Ariana Grande has been released today!

Ariana Grande's 'thank u, next' album is out tomorrow!

The moment we've all been waiting for is almost here The most we've all been waiting for is almost here! Ariana Grande's fifth studio album (yes, fifth!), is out tomorrow, although you've been able to pre-order it for the past few weeks. The album, which is titled 'thank u, next', is the follow up from her successor studio album and tour, "Sweetener". Grande has broken a record as her forth studio album 'Sweetener', was only released 9 months ago! We've already been treated t
0 comments

Even more emojis are being released later on in the year Loads and loads of brand new emojis are being released this year, to the delight of many. Because we've not got enough, right?! These new emojis are a result of Apple, inc making a complaint that the current stock of emojis available to use do not let those with disabilities express themselves through the picture media. This time, in the new update, the focus is more on accessibility. For example, those who have a disab
0 comments

You can now delete messages after you have sent them A brand new feature on Facebook Messenger means you can delete messages, even after you have sent them. Facebook Messenger is owned and created by its parent company Facebook. It's an app you can download, for free, on your phone or tablet. It also works within Facebook's website (facebook.com). This new feature which has been brought to the app will delight those of us who send messages to the wrong person, or enter them i
0 comments

Lock WhatsApp with Touch or Face ID on your iPhone

Latest WhatsApp update for iOS makes the app more secure WhatsApp has become even more secure than ever before on the iOS app on your iPhone. Depending on which iPhone you have, will depend on how you can protect your WhatsApp, as the new WhatsApp update will use either Face ID or Touch ID. Make sure you update to the latest version if you haven't already. The update you'll need is version 2.19.20. Head to App Store to update your app. This new handy security feature is not e
0 comments 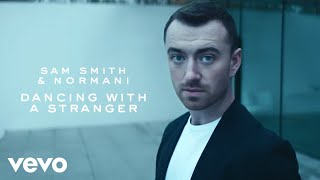 Sam Smith and Normani bag the number one spot on The Official Big Top 40 for a second week "Dancing With A Stranger", by Sam Smith and Normani, remains in its number one spot on The Official Big Top 40 Chart, with presenter, Will Manning. We start off this week's chart with a brand new entry curtesy of non-other than the Little Mix group. Their new song 'Think About Us', starts off its life on the UK's Biggest Chart Show at number 38. Moving up a few places to number 31, it's
0 comments

Reports suggest a cheaper and smaller Nintendo Switch is on the way Website Nikkei claim that Switch maker, Nintendo, are creating a smaller version of the current Nintendo Switch. It's also expected this new version will be cheaper, too. In order to create a cheaper Switch console could mean that some of the features will be removed, to warrant a smaller and cheaper model. And, as the Nintendo Switch will be smaller, portability of the console would be much better, meaning
0 comments

Does this leaked Samsung advert feature Samsung's foldable phone? This video, which you can watch below, appears to be an official advert for the foldable phone which we've all been waiting for. Some have been called the smartphone the Galaxy Fold, Galaxy Flex or the Galaxy F. Whilst the advert does not bless us with the product name, it does display Samsung's own hashtag '#DoWhatYouCant'. Website pocket-lint.com say the advert is thought to be from Samsung Vietnam, which wou
0 comments

What's new with Alexa this week?

Take a look at what's new with Amazon's Alexa this week We've not published one of these for a while. Keep on reading to find out some new commands for the Amazon Alexa range of products. We'll also be revealing the most requested commands too. Alexa can read poems to you One of the newest Alexa skills is her ability to read poems. She can read a lot of them. For example: “Alexa, tell me a poem about beans.” Do Not Disturb When the 'Do Not Disturb' mode is enabled, Alexa will
0 comments

How to: Disable FaceTime on your iPhone, iPad and Mac

Learn how to turn off FaceTime on iPhone, iPad and Mac Yesterday, we reported on the huge bug that's affected Apple users, especially those with iPhone and iPad devices, which run on the iOS platform. One of the first news outlets to discover and publish an article on this pressing were the team over at 9to5mac - who reported that users who contacted you over the FaceTime app could snoop in on your conversations, and even spy on you, using the front facing camera, even if you
0 comments

It's finally here The official music video for Sam Smith & Normani's 'Dancing With a Stranger' is finally here and was released yesterday. If you're an Apple Music subscriber, you'll have noticed the video has already been released on the platform, as it has its debut on the Sunday night of January 27. The brand new song, where Sam Smith partners up with Normani, who's part of the pop group, Fifth Harmony, has been avaibale to stream and download for a while, is performing ve
0 comments

Apple are trying to fix the bug This bug was first picked up by the people over at 9to5Mac and it lets other Apple and FaceTime users hear your conversations, without you knowing. This happens even of the person you're calling does not pick up the phone. In some cases, the user can see the other person because of the camera on the front of iPhone. Again, even if the person did not accept the call, they wouldn't know this. This bug also exists on iPad devices, as well as the i
0 comments 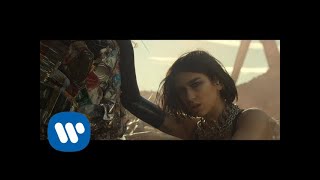 Swan Song by Dua Lipa Dua Lipa has landed a fantastic job as he's the soundtrack to a brand new movie! Her tune "Swan Song", is the official soundtrack to the film 'Alita: Battle Angel", which is a brand new motion picture film and is out in cinemas on Thursday, February 14 2019 (in the USA). The song is also doing very well in the charts and it could climb higher and higher over time. Take a listen to "Swan Song" by Dua Lipa, below: For more music news and gossip, Follow us
0 comments

Sam Smith grabs the number one song on The Official Big Top 40 Chart this week!

Sam Smith and Normani bag the number one spot on The Official Big Top 40 this week Sam Smith's tune featuring Normani, steal the top spot on The Official Big Top 40 Chart Show with "Dancing With A Stranger" this week! This means Calvin Harris and Rag'n'Bone Man are no longer number one. The first re-entry on the chart this week is from '7 Rings' star, Ariana Grande. Thanks to the upcoming release of the new studio album, 'thank u, next', her tune 'imagine' is back in the char
0 comments

Could there be a new iPad on the way?

Could there be a new iPad on the way? New research and a brand new leak could suggest that Apple will be launching some new iPad models very soon. It is believed that a seventh-generation iPad and iPad mini 5 will be on the way in the first half of 2019. We are excited to learn more at the suggested leak regarding the iPad mini 5 as Apple have not refreshed or released a new iPad mini for a few years. The iPad mini is still around, in the form of the iPad mini 4. It boasts ol
0 comments

Pre-order 'thank u, next' by Ariana Grande

Facebook CEO plans to merge the platforms Messaging app WhatsApp and photo sharing app, Instagram, are both owned by social media network, Facebook. This was first published in The New York Times and they have said this merging project is a personal one of Facebook Founder and CEO: Mark Zuckerberg. The New York Times have also stated this project is already underway and is expected to be completed at the end of 2019, or early 2020. You don't need to worry, though. Instagram,
0 comments

Ariana Grande's next album is being released very soon Pop singer Ariana Grande is releasing yet another studio album after her hit album "Sweetener", which was released just 5 months ago! "thank u, next" is the name of her hit single and fifth studio album, which is being released next month, so we don't have long to wait! The 25 year old singer has already dropped some singles from the album: "thank u, next", "imagine" and the latest one, "7 Rings". At the moment, we do not
0 comments 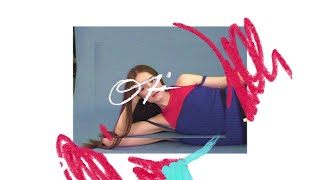 Sigrid releases new single "Sucker Punch" is Sigrid's debut album. If you have not heard of her before, she's 22 years of age and is from Norway. The song is out now and can be brought from pretty much anywhere. You can purchase the song from iTunes, Apple Music and can stream it over and over again on Spotify. Her first ever album, "Sucker Punch" will be released on March 8 2019, and will feature the song "High Five" and the chart topping hit "Strangers". At the moment, only
0 comments

WhatsApp is tackling fake news WhatsApp is doing its bit to tackle fake news. Fake News was a major issue in 2018 and it looks to still be hanging around for 2019. WhatsApp has taken a big step to try and stop the spreading of fake news, which we welcome with open arms. After all, the last thing you want to be taken a fool for is be reading fake news. Those who use the Facebook owned internet messaging app, WhatsApp, will know that you can forward messages to the contacts sav
0 comments
1
2345